Mediation is a confidential alternative dispute resolution process, where a neutral third person known as a mediator, assists the parties to settle their dispute. The parties have the opportunity to present the issues of their case, converse about their interests, understandings, and feelings, provide each one with information and explore premises for the settlement of their dispute.

THE MAIN CHARACTERISTICS OF MEDIATION

Mediation is confidential. Whatever happens in mediation, stays in mediation. Information gathered in the mediation cannot in principle be used outside of mediation, save when public policy questions are raised.
Mediation is oral. No minutes are kept.
Mediation is based on the free will of the parties. Anyone is free to walk out form mediation if, he/ she decides so.
The Mediator is neutral, independent and must remain impartial during the whole process.
Certain principles of due process, particularly the equal treatment of the parties must be observed by everyone.

During the mediation process the mediator simplifies the settlement of the parties’ dispute, by supervising the exchange of information and the bargaining process. The mediator facilitates the process and assists the parties to find common ground, while at the same time dealing with unrealistic expectations. He or she can also provide creative solutions and assist in drafting the terms of settlement.

Usually mediations start with the parties together in a joint session, where the mediator describes how the process works, his/ her role and helps in establishing ground rules and an agenda for the session. Then typically, parties make their opening statements. Then the mediator moves to separate sessions, shuttling back and forth between the parties. During this process, the mediator relays information that any of the parties asks that it be relayed.

As a matter of fact there are 6 steps to a formal mediation; 1) introductory remarks, 2) statement of the problem by the parties, 3) information gathering time, 4) identification of the problems, 5) bargaining and generating options, and 6) reaching an agreement. If the parties reach an agreement, the mediator may help reduce the agreement to a written contract, which may be enforceable in court.

Mediation can also be run in the context of arbitration/ mediation institutions like the ICC https://iccwbo.org/dispute-resolution-services/mediation/

In Greece one can also spot Athens Mediation and Arbitration Centre (EODID) http://www.eodid.org/en/

and the Athens Chamber of Commerce and Industry (ACCI)

Given our overall specialization in business law and our long-standing experience in this field of law, we have developed a firm understanding of the needs and interests of commercial people. This allows to be able to creatively work with them in relation to out of court dispute resolution. Our involvement in commercial mediation and the related expertise that is gradually been built is the natural next step for us. This makes us among the ones that practice commercial mediation in Greece and beyond, at very high standards.

Given the very firm academic background of Haris Meidanis in Private International Law and the professional expertise in cases with cross border dimension, Haris is one of the very few mediators in Greece that is in the position to also offer international mediation services. In the same context Haris Meidanis is the author of specialized articles in international mediation, published with leading English language law reviews. See our publications column for more.

In commercial cases falling under the jurisdiction of Greek court as of the amount of 30.000 euros, it is compulsory to have an initial compulsory mediation meeting to examine if the case in question is suitable for mediation. This means that the parties MUST appoint a mediator prior to the hearing of the case as per the provisions of applicable law 4640/2019.

We mainly focus on commercial mediation. This can involve in particular, corporate disputes, commercial agreements such as agency and distribution, sales and lease contracts, construction disputes, intellectual property disputes. Our strongest point is the unique understanding and overall knowledge of international mediation, i.e. mediation with the participation of persons from more than one country. In this respect, we can grasp and evaluate the differing cultural backgrounds of the parties to the mediation. 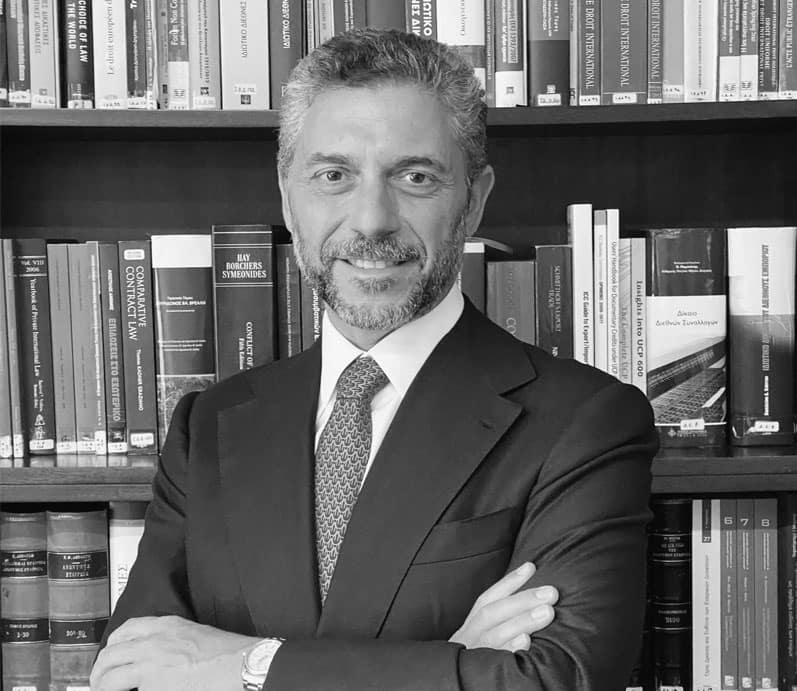 His primary fields of expertise (contentious and are non-contentious) are: (a) business and commercial law (b) private international law and law of international business transactions (c) arbitration and mediation and (d) real estate.

He has also participated in arbitrations and mediations as arbitrator/mediator and/or counsel/advocate. He also possesses considerable litigation experience.

Haris Meidanis has worked in an international law firm in London as a foreign lawyer as well as in leading Athens and Piraeus Law offices, always with emphasis on business law and international transactions.

He speaks and writes in Greek (native), English, French and Spanish. 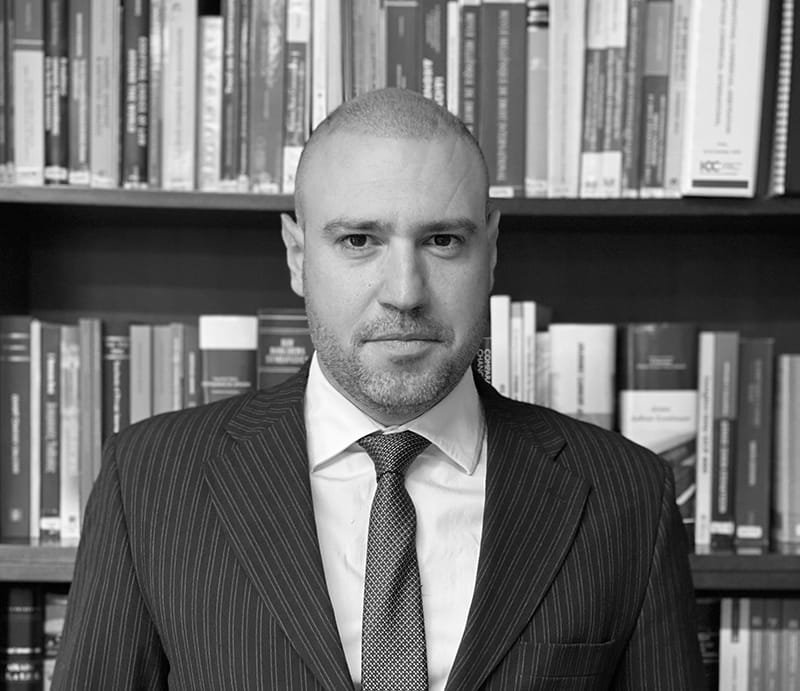 Efstathios I. Kolovaris: Attorney at law – member of the Athens Bar Association since 2014.

He holds a Bachelor in Political Science and History, graduated from Panteion University of Political and Social Sciences, (2007).

He graduated in Law from the University of Paris XI (2012).

He holds a master’ s degree in Business and Financial Law from the University of Paris XI (2013).

He attended the Athens Training Centre for Mediators AKKED “Prometheus” (2018).

He holds a Master Degree in Law (LL.M) from the National Kapodistrian University of Athens, on the subject of Private International and International Transactions (2020).

He has litigation experience and expertise in cases of Commercial and Business law, Banking Law and Public Works Law.

He has experience in the handling of international arbitration cases, he is member of ICC Hellas.

He has experience in legal consulting, having acted as legal consultant and board member to Anonymous Societies.

He is a certified Mediator registered in the Ministry of Justice Transparency and Human Rights, he is member of EODID Athens Mediation & Arbitration Organisation, and of Athens Chamber of Commerce and Industry (ACCI).

He speaks and writes in Greek (native), English and French.

He has been trained in Neuro – linguistic Programming and business coaching

This website uses Google Analytics to collect anonymous information such as the number of visitors to the site, and the most popular pages.

Please enable Strictly Necessary Cookies first so that we can save your preferences!